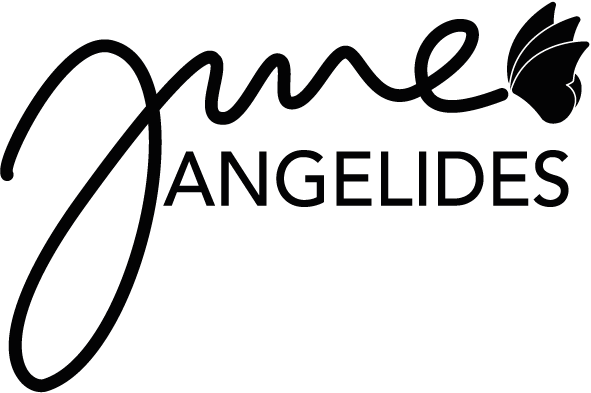 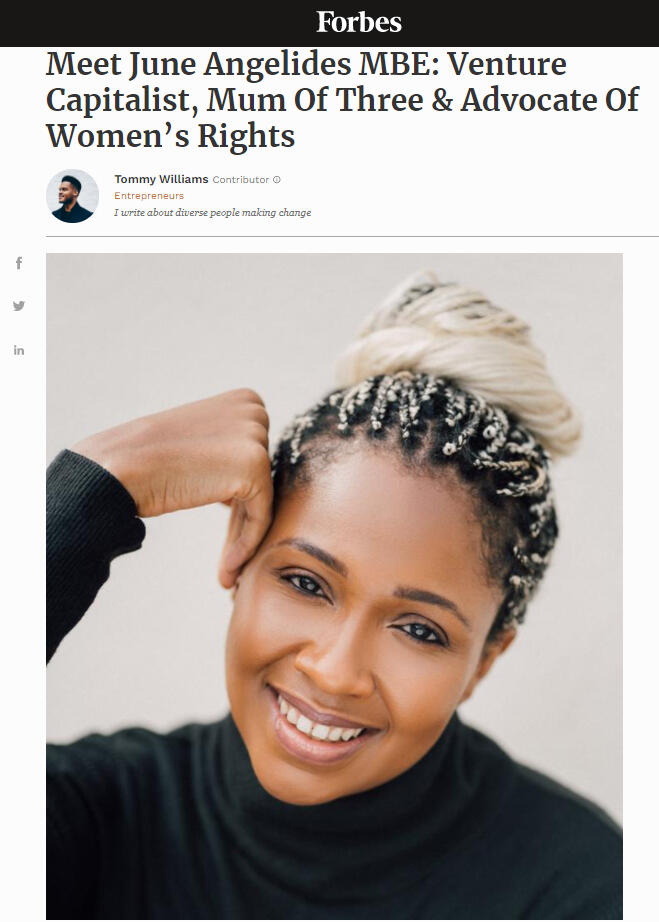 June Angelides MBE is best known for starting the UK's first child-friendly coding school for mums, Mums in Tech, while on her second maternity leave from Silicon Valley Bank. She is also one of a handful of Black Women in Venture Capital. She is a strong advocate for the rights of working mothers and is passionate about getting people from all backgrounds into careers in tech and helping more underrepresented founders gain access to funding.

June has navigated 3 career pivots while balancing being a mum to 3 kids who are in the entertainment world. She is no stranger to the stage and has hosted numerous panel discussions at The Ivy Club, Pregnant then Screwed, Huckletree, Mums Entrerprise Roadshow and runs a monthly discussion for Female Founders in partnership with investors around the world.

June has spoken at events including SaaStr, Ministry of Justice, Financial Times, We are Tech Women and UCL. She has been featured in numerous publications including Stylist Magazine, The Financial Times, Sunday Times, The Guardian, The Telegraph, Red Magazine and Grazia.

June was awarded an MBE for services to Women in Technology on the 9th of October 2020.

Born in London and raised in Lagos, June is known for her blended American-English accent which has prompted many to encourage a career in television and radio. She comes from a family of entrepreneurs and is a massive fan of Oprah. She recently launched her podcast Believe It, Achieve It through which she aims to inpsire women all over the world to live limitlessly.

June regularly works with brands that have strong ethical values.

New Podcast: Believe It, Achieve It 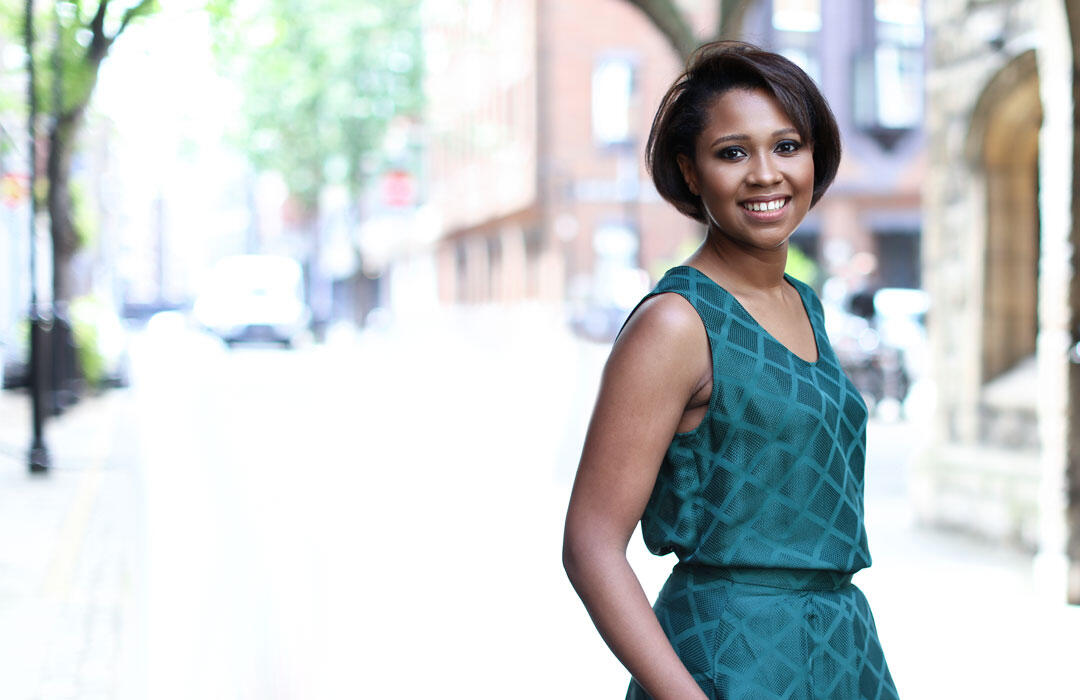 SaaStr Talk: The Secrets to Fundraising (and Investing) From Your Living Room 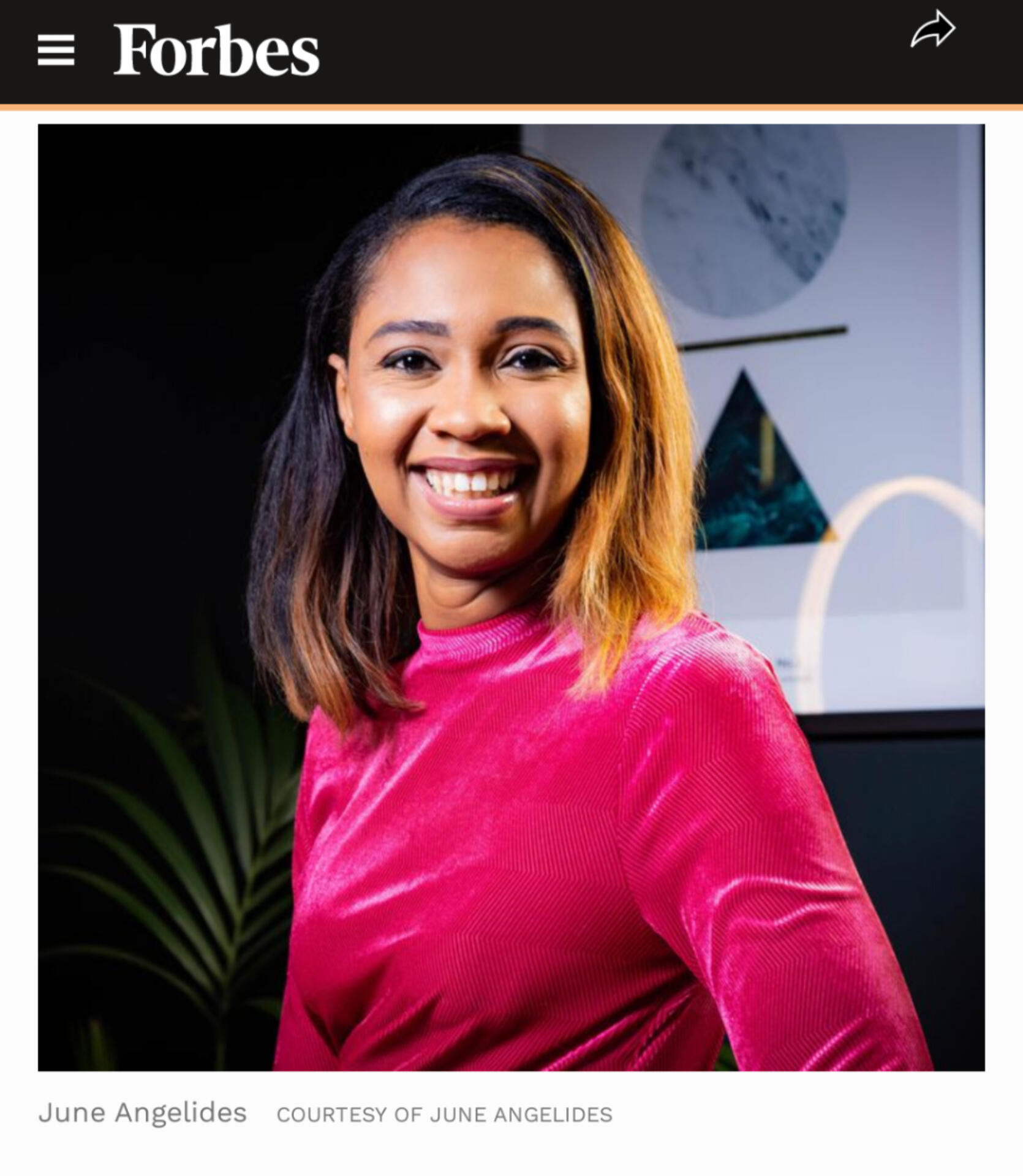